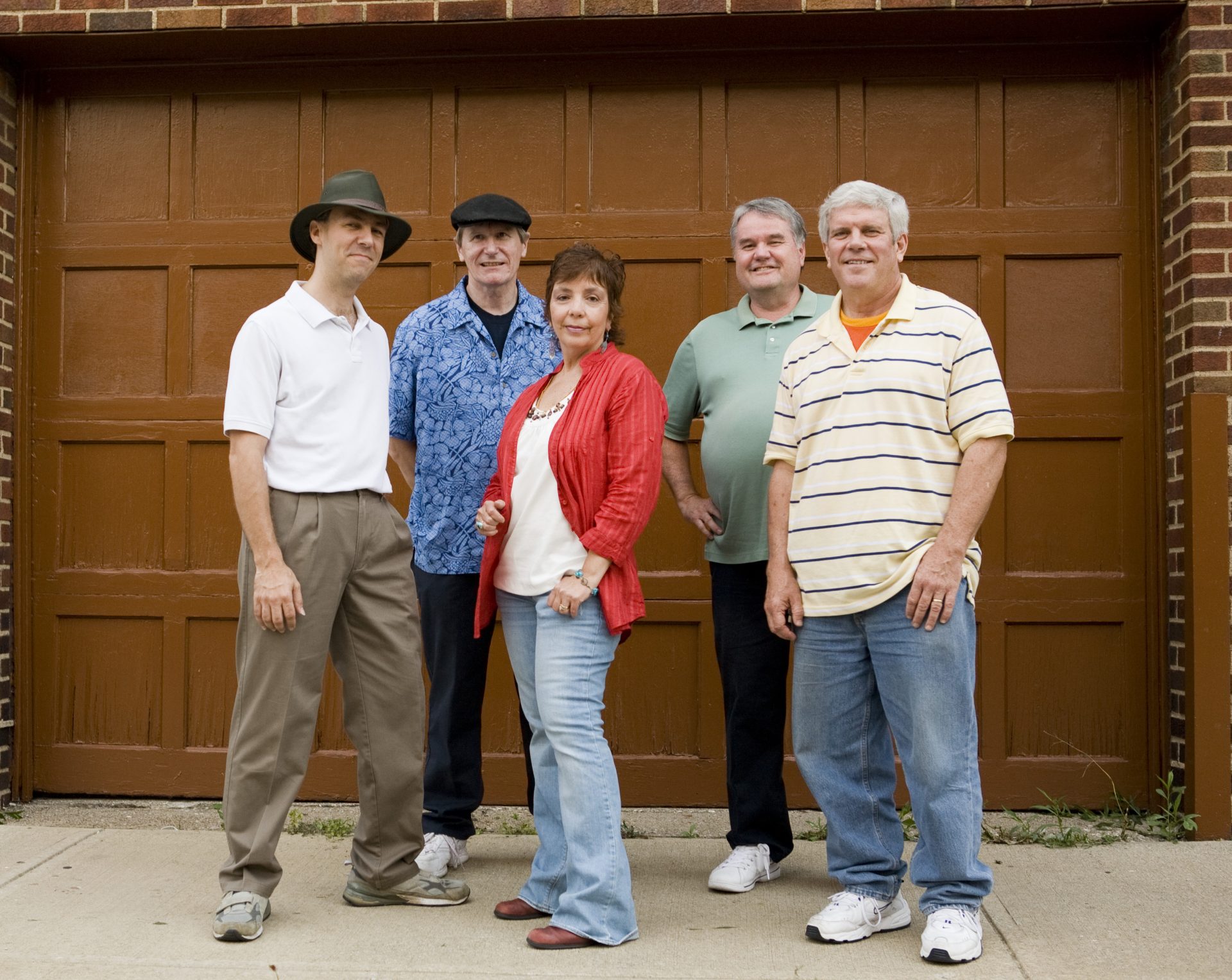 The FlipSide formed in 2004 from members of Cleveland’s swirling music community.

Mark, Jack, and Flip’s husband went to college together in Cleveland.  Gib’s wife and Flip were college friends too, just east of the state line.  B first saw Flip perform with a mutual song-writing friend (Tom Gorman), but didn’t join up till he coincidentally met Mark and Jack playing at the Phoenix Coffeehouse (now Root Cafe) in Lakewood.

They all enjoyed each other’s repertoire, vocal harmonies, and camaraderie enough to commit to a band.  The same personnel has been together, ever since, performing from Erie PA to Chicago.  They’ve released two CD albums of original songs.