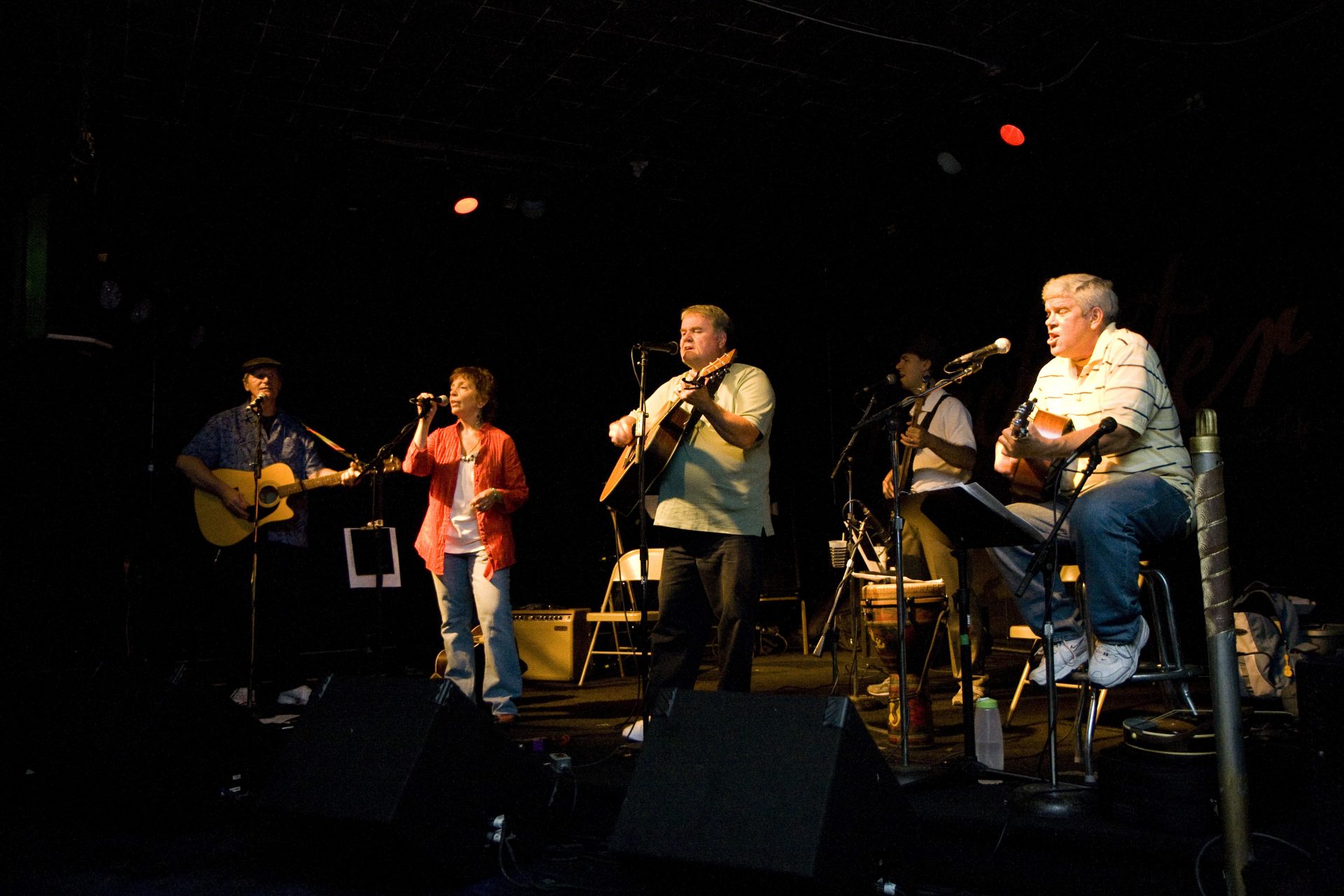 Gib plays acoustic guitar and sings. He’s been strumming the guitar since middle school, but really started playing music with meaning in college. He met “Flip” there, and they’ve strummed together ever since. Gib met Mark at work and they played together in OCR (Out of Contact with Reality), a classic rock garage band. Gib & Flip played together in a folk/acoustic group called Suitewood. Later he started an alternative Christian band, the Nottingham Spirit Revival Band. Now, with The FlipSide, Gib gets to “to play my own music with lifelong friends. It doesn’t get any better than this!”

Gib moved to Cleveland from Erie, PA in 1978. His daytime gig is at Adoption Network Cleveland, providing educational support to families touched by adoption. Gib’s wife is a pastor in the United Methodist Church, recently retired from serving two churches in Akron. Gib has two wonderful “grown” children and one lovely granddaughter. Besides music, history is a passion: he has formed Nottingham Historical Society, and co-authored a local history book called Euclid Creek.